A brief history of history ghostwriting 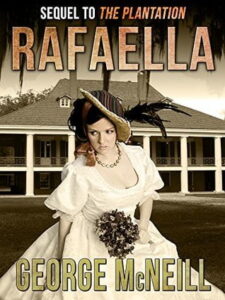 History ghostwriting…is when you ghostwrite about history.

The history of ghostwriting: what is history ghostwriting? You tell me. It may be Yiddish sounding. Should be the Yentl’s History of Ghostwriting. Well, Jewish baseball and ghostwriting expert Philip Roth founded it here. He is the man who established ghostwriting services in the USA.

Or now something Completely Different. Such as what led to me being able to be a ghostwriter. I did some history ghostwriting. And others on our GWI team, such as Bruce B, have ghosted historical books. I did the “editing” on a book about Dr. King’s assassination investigation, a book about the Holocaust…and a book about Love Through the Ages.

In addition to this, many others of similar historic value. While Bruce B. has done military, historical and political work for decades. And George M. has done historical fiction and nonfiction about the Antebellum South that literally sold millions of copies. So, read on!

I purchased new computer equipment in 2017. It’s a Lenovo instead of a Hewlett Packard this time. HP manufactured itself in Germany, then it came to the United States. And then HP traveled back to Germany. I dreamed of getting another Toshiba Satellite. They make that computer in Japan, where they invented the transistor that enabled the personal computer to occur.

But this idea was better: Lenovo is simply simpler. The keyboard is more or less like an old fashioned typewriter. It starts, stops and is a dreamboat when it comes to not over-sizing the type. Lenovo used to make the Swiss Watch. And by golly they still do. Excellent computer. It is indeed Energy Star efficient, and as Green or Greener than the Green Party.

Well, lately I’ve snuck off to begin using a Dell. I’m in Dell Hell sometimes, but at least it’s an American computer. For an American ghost writer with an American ghostwriting team. Mostly. We have British, French, Canadian (still American), African and other worldwide ghosts. But we mostly work in/with American author clients.

The History of Ghostwriting includes those who penned anything through another person. This includes those who wrote from jail cells and hiding places, and via their friends, or cohorts. That means everyone from Anne Frank to Adolph Hitler. Anne wrote her own work, not necessarily though according to scholars. Her uncle found her diary, and he may well have helped her with it. And Hitler had a bunch of cronies working with him. Recently, it was uncovered that he used a ghostwriter to pen his most famous works. Which mainly concern WWII and the Holocaust, which I have also ghostwritten about in books, blog posts and articles.

Perhaps you don’t know what that means. Perhaps you do. It means a great, great deal. I feel like I am somehow engendered, in order to do something important in the world, after millions of people died. Partly so that I could end up with a personal computer, and make enough of a living to have a family. Therefore, I put together a blog called Serious World Politics. It is an attempt to spin within the cosmic verse what Pogo had to say, “We have met the enemy, and he is us.”

Nobody, not even England, is specifically to blame for the worldwide presence of concentration camps. So when we screw with the “enemy,” we get screwed. The best I can say is they create jobs, coming from The Inquisition, which is still active in Spain, Italy and the Philippines. Muslims started this ball rolling, and slavery through Spain. The English started the first such camps also. That much I know.

What History Ghostwriting have you done that’s noteworthy?

Basically, I’m a book ghostwriter who nowadays sends out job leads. Plus this, I run thorough ghostwriting services. Books and other ghostwriting, editing and marketing projects from start to finish. Our motto is: we do it all! It’s hard work, day after day. But once one is born one must remain alive unto the end.

I am a professional writer who needs to make a living. History ghostwriting includes whatever you think may have happened. The history of ghostwriting includes the world, and maybe even the Universe. Send me your poor, tired huddled masses, but be prepared to pay decently for top quality work. GWI offers you affordable and bestselling ghosts, but they are two different things.

Here is an excerpt from a book I wrote about the Holocaust. The book was published, but I left out this excerpt intentionally, due to the fact the author client didn’t authorize it. It’s an example of my history ghostwriting. Possibly a somewhat oblique one, as it involves Self Help ideas more than History Ghostwriting ideas.

Do as Simon Says – Live a Greater Life!

Simon Lewenberg is the Jewish, Polish, aging, kind-hearted and intelligent survivor of the most extreme conditions known to humanity. In the 1940s, he made it alive through seven slave labor camps in the abysmally anti-Semitic countries of Germany and Poland, while the Nazis were completing the process of totally annihilating Europe’s entire Jewish and Polish populations.

This is remarkable in itself, but over the course of five years, he also survived two extermination camps – including Auschwitz, where he slaved at a gigantic concentration camp – and one displaced persons camp, where he was badly wounded during a courageous attempt to fight the German police.

In spite of that, he holds no hatred for Germans or the country of Germany, artfully expressing his humanity in wise, humble and kind ways throughout his fascinating book. I am the published author of several widely read how-to self help articles, and can tell you without exaggeration that Simon’s story is incredibly inspirational, outlining methods solidly applicable to the Self Help Movement and the daily practice of enriching your own life history.

How did Simon survive the worst events known to  human history?

His actions in dealing with both friends and enemies clearly illustrate steps you can take pertaining to coping with coworkers, colleagues, bosses and others who might stand in your way or assist you in any workplace setting. And his stubborn persistence in getting ahead in spite of bitter obstacles to his survival clearly demonstrates methods you can use to assist in the progress of your own working career. His courage, patience and humor are so commendable that they serve as guidelines for how we all could improve our lives!

This book actually details several practical paradigms for weathering the unexpected caprices of life, getting ahead and making friends out of people who might otherwise be difficult to appreciate. As one of Simon’s assistants, I was shocked when I found it to be a useful training manual on how to continue the battle of daily living while confronting sheer terror, utmost deprivation, hard labor, deadly depression and insurmountable odds – showing how you can finally win under the most obscene of conditions. You will learn a lot from this book on how not to feel sorry for yourself, and that your own hope is something which is inevitably impossible to extinguish, smother – or even kill!

Simon Lewenberg led an exemplary life, one shaking us from our growing modern sense of complacency, one from which we should strive to learn, one which could evolve humanity out of depending on lies, malice and evil. This book will positively enhance our existences, helping us grow and become vastly superior good people in very many ways – precisely as Simon says.

Email karen@rainbowriting.com (only one “w” in rainbowriting). Also, there’s Contact Ghostwriter. Scroll down that page to find our info, such as a contact form. Or our phone number. GWI is YOUR affordable ghostwriting services agency in the USA!

“In a world full of nightmares, she was always a beautiful dream to us.”
— Larry Leichman, Owner, Editor and Publisher, Arbor Books and The Floating Gallery, Madison Ave. in New York City – my first major book ghostwriting service boss

“She has restored my faith in life, my career, and the writing process.”
— Mike Bullock, award-winning comic book, manga and graphic novel artist/writer, “The Phantom” – and he’s great at prose writing also

“Karen is absolutely amazing!! I highly recommend her, she is extremely talented in what she does, and works endlessly to meet deadlines. Her communication with her clients is impeccable. I will use her services again very soon.”
— Sherry Land, mother of two bright, beautiful young women running in the American Beauty Pageant System – they hired us to edit an ebook for their platform

“Karen Cole’s work with our book authors has led to an increase in sales, online visibility, and national publishing house interest. I highly recommend her for any project in consideration with your company. She is a talented book ghost writer, critical eye copy editor and savvy guide when it comes to the business of books. I count on her expert opinion when in need of guidance for my literary and SEO clientele.”
— Helene Vece, content creator. She has partnered with us for lucrative marketing projects.

Alignable – 100+ references and recommendations from satisfied clients, colleagues and others