You are here: Home / affordable book ghost writer / Life as a Freelance Ghostwriter

Life as a Freelance Ghostwriter 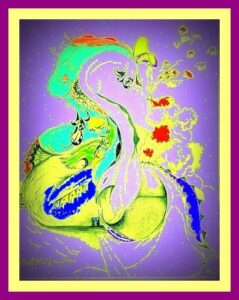 I began freelancing while living in Boston. When I couldn’t get a journalism job after graduating from college during the “stagflation” of the late 1970s. My focus of study was in history and newspaper work. Talk about impractical! So my first published pieces were in the East Boston Community News, published near Logan Airport. And in a free entertainment weekly.

These didn’t pay much, but I was able to build up a portfolio of published pieces. I also made contacts with skilled journalists who later became editors at the Boston Globe. This gave me knowledge of the ins and outs of life as a freelance ghostwriter.

Improving my life as a freelance ghostwriter

In time, paid pieces came along from more established publications. Such as the Globe and the Boston Herald. Some of these articles were fun! One was on a record-setting team of recumbent (horizontal) cyclists at MIT. They had set the world’s land speed record for non-motorized vehicles. The need to pay the bills made me get contract work with Massachusetts’ then-burgeoning computer industry. Which consisted largely of the smaller-scale “minicomputers,” made by the likes of Digital Equipment. And the first word processors, made by Wang Labs. Knowledge of word processing proved remunerative. At a time when almost every writer and editor worked with a typewriter.

My life involves combining both the new and the old.

I landed interesting work with the computer firm Data General. At the time it became famous as the company in Tracy Kidder’s classic popular technology book, Soul of a New Machine. I received a real education in computer science. Which led to work of increasing responsibility and pay in technical writing in other Boston-area computer firms. Including Dun and Bradstreet Inc., which also provided experience in the financial and business realms. However, I longed to write in my chosen fields of history and politics. In addition to leading my life as a freelance ghostwriter. In order to head deeper into the fields I loved the most.

So I moved to Washington, D.C., and got a master’s degree at George Washington University. The degree combined old and newfound interests: in politics and foreign affairs. Plus this, in business and economics, science and technology. I would go on to write extensively in all these fields. And plus this, upon graduation I found myself hurting for money again. In the tough recession of the early 1990s.

Technical ghostwriting helped me get my feet back under me.

I fell back on technical writing to make ends meet. Also, I continued to write for fun on the side, especially in two favored fields. Humor writing and “expository writing,” that is, speech writing. Then I was the recipient of two lucky breaks. Jay Leno had recently replaced Johnny Carson as “Tonight Show” host. And so I mailed him a stack of my humor writing. To my shock, he wrote back to me, asking me to be a freelance joke writer for the show! My life as a freelance ghostwrite was actually beginning to pan out.

For two years, I faxed jokes to his staff, and every weekday night sat down. Expectantly in front of the TV, to watch his opening monologue. If a joke was used, I got paid as piece work. I never got invited to join Leno’s permanent staff in LA. Also the pay was modest, but the gig was a real feather in my cap.

Life as a Ghost Continues:

Around the same time, 1991-92, I took a stack of my political musings and sent them off to the White House of President George H. W. Bush. Again to my shock, I got a letter back–from the Deputy White House Chief of Staff (a Mr. Robert Zoellick who would later run the World Bank)–asking me to contribute speech material to the 1992 presidential campaign. Bush lost his re-election bid, either because he didn’t listen to my advice enough, or listened to it too much, but I had another great job to put on my resume.

The Leno and White House work, along with other published articles, helped me get a big break–a contract with Random House and Crown Publishing for two books of political humor: The Politically Correct Guide to American History and The Politically Correct Guide to the Bible. Nation-wide radio campaigns to support these books ensued. These books weren’t bestsellers, so the need to pay the bills reared its head again. By the late 1990s the Internet was taking off, and I read every book I could on the new technology. This helped me land a job in Maryland as a tech writer for Celera Genomics, the company that famously mapped, or “sequenced,” the human genome.

This biotech experience in turn led to a job as speechwriter for the CEO of a major drug company, Human Genome Sciences. And my political humor experience helped me find work as one of those fabled “Editors of Time-Life Books,” where I worked on such published books as Inside the CIA. Since then, I’ve often worked in technical writing and editing while pursuing intriguing new projects. Such is the life of a freelance ghostwriter.

I’ve co-written or written the following history and political books: America from A to Z, Armchair Reader: World War II, and Amazing Book of History. Also a book on the Internet, Secure Internet Practices, and an unpublished, “ghosted” “autobiography” of tech pioneer Rocco Martino, an early innovator in space flight and electronic funds transfers. And I’ve ghost-written two lengthy corporate histories of Fortune 100 pharmaceutical firms, Pfizer, Inc., and Abbott Labs, which allowed me to combine my graduate work in science, business, and public affairs.

Most recently, drawing on my experience in promoting books, I’ve been an adviser on social marketing for the CEO of a financial services firm. And now I am working for Ghost Writer, Inc., a new almost steady job for me as a freelance ghost writer. I take incoming work leads on and try to convince clients to hire my services as a freelance ghost writer or book editor of their cherished works. This isn’t hard for me, for in my career, I’ve learned that every job you worked, and everything you learn, can be put to good use in the writing and editing profession.

This is the life of a freelance ghostwriter: varied, exciting, something new every day!

Email karen@rainbowriting.com (only one “w” in rainbowriting). Also, there’s Contact Ghostwriter. Scroll down that page to find our info, such as a contact form. Or our phone number. GWI is YOUR affordable ghostwriting services agency in the USA!

“In a world full of nightmares, she was always a beautiful dream to us.”
— Larry Leichman, Owner, Editor and Publisher, Arbor Books and The Floating Gallery, Madison Ave. in New York City – my first major book ghostwriting service boss

“She has restored my faith in life, my career, and the writing process.”
— Mike Bullock, award-winning comic book, manga and graphic novel artist/writer, “The Phantom” – and he’s great at prose writing also

“Karen is absolutely amazing!! I highly recommend her, she is extremely talented in what she does, and works endlessly to meet deadlines. Her communication with her clients is impeccable. I will use her services again very soon.”
— Sherry Land, mother of two bright, beautiful young women running in the American Beauty Pageant System – they hired us to edit an ebook for their platform

“Karen Cole’s work with our book authors has led to an increase in sales, online visibility, and national publishing house interest. I highly recommend her for any project in consideration with your company. She is a talented book ghost writer, critical eye copy editor and savvy guide when it comes to the business of books. I count on her expert opinion when in need of guidance for my literary and SEO clientele.”
— Helene Vece, content creator. She has partnered with us for lucrative marketing projects.

Alignable – 100+ references and recommendations from satisfied clients, colleagues and others

A Ghost Writer, Inc. bestselling ghostwriter made this movie happen. His killer book proposal landed a $500K publishing advance, split 50% with the book author. You won't find better professional ghostwriting services anywhere else in 2020 or 2021. Find and hire a book ghost writer here. Ask Karen S. Cole for a ballpark quote - give me your details!
From a Book Ghost Writer and Ghostwriting Service

Ghost Writer, Inc. has ALL the ghostwriting services you need. And professional marketing, sales and promotions assistance. To help you sell your finished work. Our business ghostwriting services are second to none. We have NYT bestselling ghostwriters! And every other genre imaginable. Name it; we will try to do it.